Li Shi Qing did not have any reaction toward that sentence at all. He only stared at Lu Wu and sneered then simply laughed.

“What are you laughing at?” Lu Wu asked with interest.

“I’m laughing at you Wu Ye, your death is near yet you don’t even know it.” Li Shi Qing readily replied.

Lu Wu appeared as if he was pleased with the answer so he also laughed cheerfully while staring at Li Shi Qing for a while. Then he leisurely said, “Li Shi Qing, watching you attempting to do everything possible to delay time is really interesting!” He smiled and took a step forward, “Are you thinking that although the tigers on the mountains are unreliable since you’ve also raised a few young cubs, you are waiting for them to come and rescue you, right?”

Li Shi Qing did not answer, and Yan Ming who stood beside him had already started to snicker. “Uncle, you personally taught me, you must be cautious with everything, do not rely on lucky by all means.”

He continued to bind Li Shi Qing up while Ah Long glared at him yet did not make any move.

“Wu Ye, perhaps you could advise me, as the youngster,” Li Shi Qing only looked at Lu Wu and faintly smiled, “How have I relied on luck?”

“Did you think that Xiao Li was only working with me?” Lu Wu said as if lecturing him, “To tell you the truth, Zhou Yun and the others might have already been blocked by the police force and won’t be able to get out of the city.”

As if he has finally seen some sort of reaction from Li Shi Qing, the look of elation on Lu Wu’s face faded a bit as he started to observe him closely instead. “Yan Ming actually understands you. Even though you’re trapped in this kind of situation, you still won’t admit defeat?”

Yan Ming had already tied his hands behind his back. Although this left Li Shi Qing’s in a rather awkward and difficult posture, he held an arrogant expression. It was as if the one with the victory in his hands was himself. “That’s because I know something that neither you nor Sun Ze Yu knows about it.”

Lu Wu seemed to be at a loss as he looked at him with a slight frown.

Li Shi Qing laughed, “Did you really think that Xiao Li only started to mess with the gang after I locked him up? In all these years, I’ve never seen Xiao Li as a subordinate. If he truly hated that I treated him like a woman, this city would have been turned upside down a few years ago. Also, how could I have been at ease and allow him to be a leader for so many years?”

Revealing a slightly surprised appearance, Lu Wu took a step forward. However, he was pulled back by the subordinate behind him who whispered, “Wu Ye, be careful. Keep your distance from this guy.”

Seeing this scene, Li Shi Qing scoffed and continued to speak, “Did you really think that I didn’t know he messed with the gang and worked with you and Sun Ze Yu from time to time? I locked him up and wanted to cut off his contact with outsiders because he was making too much of a mess in the gang, it had to be stopped. So it’s not entirely because I wanted to do something with him…” His complexion became a bit dark and gloomy as his voice sank, “Indeed, I’ve made an error in my judgment. I thought Xiao Li was the most cautious…where he would not make a move if he was not absolutely certain that he’d succeed.”

Lu Wu’s expression finally shifted for the worse as he involuntarily spoke, “You already knew he would do something like this?”

“The gang is mine after all. Wu Ye, although Xiao Li can hide some of his movements from me, as long as I find a single doubtful point, would I not put my guard up against him? Unfortunately, I thought with his personality… he would have waited a month before making a move…” As he observed Lu Wu’s expression, he suddenly laughed, “What? Did I actually guess right? You actually made a move ahead of time?”

Looking at Li Shi Qing’s regretful expression, Lu Wu remained stern. “So what? The one being trampled on right here, right now, is you.”

Li Shi Qing burst into a burst of loud laughter. He was someone with a gloomy and cunning personality but had always shown a cultured and refined appearance on the surface. It was not often that he revealed such a frantic manner. So seeing him with is kind of imposing demeanor, Lu Wu couldn’t help but be annoyed.

“Indeed it is.” Li Shi Qing laughed, “But having you, Wu Ye, to keep me company, I don’t feel any more injustice.”

Lu Wu frowned, “What do you mean?”

Li Shi Qing’s eyes swept over to the crowd of people opposite of him before he slowly spoke, “Making such a big move like this, how long do you think Xiao Li has set up his spies within the gang?”

“You’re asking me?” Lu Wu became impatient. “Didn’t you guard against him and found a sign of doubt?”

“Indeed. After I found out his little tricks within the gang, I thoroughly investigated and I discovered a very interesting matter. Wu Ye, let’s just say you would definitely be interested.” He glanced at Lu Wu’s frowning expression, “Three years ago, when Xiao Li found out that I had caused harm to his mother, he started to set up spies. Moreover, the number of spies was large in numbers and wide in locations.”

An expression of utter shock unfurled across Lu Wu’s face.

Upon seeing that, Li Shi Qing smiled, “Wu Ye, I don’t know whether or not there were any changes of members in your gang three years ago?!” He paused, “Ah! Last time, Xiao Li was arrested in the neighboring province. Who knows who he had caught up with when he was in prison?”

Lu Wu’s expression was ravaged with nervousness as he reached for the guarded pistol that was hidden against his chest. But in just a split second, he felt an acute sensation in his organs that he had never felt before. He heard Li Shi Qing’s voice, “Wu Ye, since you’ve made your move ahead of time at the last moment, the men you brought along, you must have the utmost trust in them, right?”

Right after that, he heard a familiar voice from behind, “Qing Ye, be careful.” Then he felt the tall figure— that stood beside him the entire time—made some unknown movements before he heard sounds of a knife cutting through flesh. It was only then, he felt a stab of pain, it was as if something had stung the nape of his neck. From that point on he became unconscious to his surroundings. 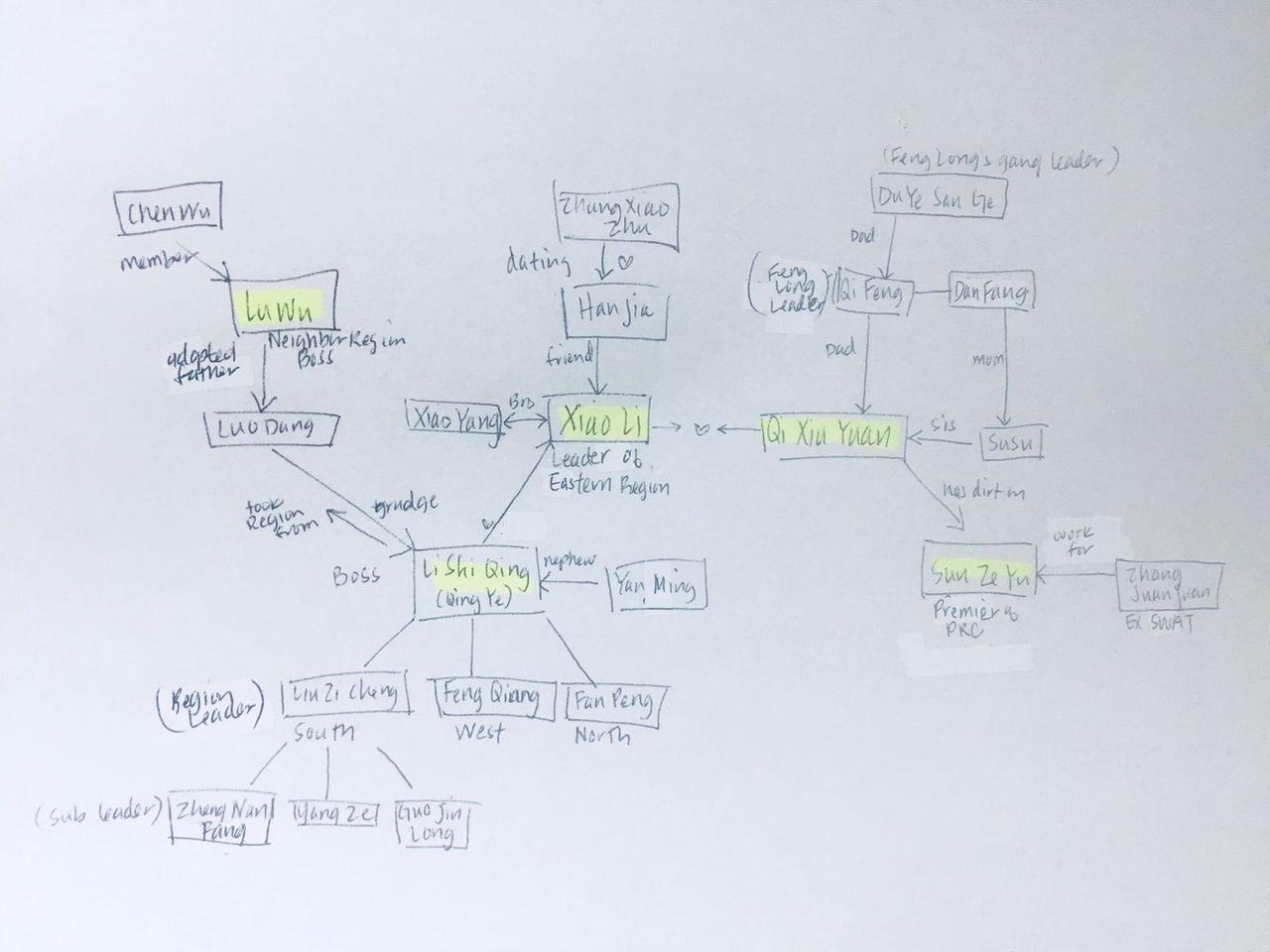 Hello, if you’d like to buy me a cup of coffee please click on the cute bunny! Thank you <3

Title: The Grandmaster of Demonic Cultivation

Back and ready to kick butt! c60 ^^
If you had emailed me last week and this week (except Friday) these cards have been sent for domestic and international as of 12/18. Hope to do this again in a couple of months. Happy weekend. （╹◡╹）
SaYe c59! ^^ they’re cute T.T
SaYe, “Chasing the Light” drama, first stills. Fan ChengCheng as Jiang Cheng, Wang Anyu as Gu Fei and Wang Shengdi as Gu Miao 😫😆